For the second time, I was excited by the Ontario Government’s announcement it was joining the Western Climate Initiative (WCI). Yes, I did say the second time, but this time it is for real. 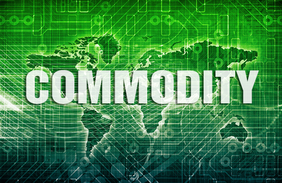 The first time Ontario made the announcement in July 2008, the price of oil was record high. Reducing oil dependency by putting a price on carbon, and trading it as a commodity made sense. However, predictable patterns can be interrupted by an unpredictable event, so when later that year the price of oil tumbled, there was no longer an imperative to partner with the WCI  whose main mandates are to reduce greenhouse gas emissions listed in the Kyoto Protocol, and encourage greater efficiency to reduce energy consumption. To achieve these goals, prices have to be high enough to change behaviour, and generate new economic, social, and environmental benefits.

It was an exciting time.  I happened to be at the Ministry of the Environment’s office, and picked up a copy of IPPSO Facto, the magazine produced by the Association of Power Producers of Ontario with the cover story “Ontario joins Western Climate Initiative”.

When Ontario quietly abandoned its commitment to the WCI, it also abandoned the exciting new technology and greater efficiency that came with renewable energy.  Sadly, the firmly entrenched 19th and 20th century technologies won out.

I kept that magazine for seven years as a souvenir of Ontario’s bold initiative, and finally put it in the recycling bin. Coincidentally, the next day, Premier Wynne made her announcement that Ontario is joining Quebec and California in the WCI. I retrieved the magazine.

So, what is different this time?

Firstly, Ontario is in a worse financial position now than 7 years ago. Secondly, the manufacturing sector is much weaker now, and thirdly, there are fewer taxpayers.  In addition, Ontario needs billions of dollars to replace its infrastructures, some of which are more than 100 years old in electrification. Ontario is also facing rising health care costs.

This time, businesses are supportive because the advantages of cap and trade are evident.

This time, Ontario needs new sources of revenues, and carbon trading will generate revenue when the price of carbon rises. This is a great time to introduce it when oil prices are low, and the economy is weak.

I like transparency and accountability and a time-friendly administrative requirement.  If would be idea if cap and trade will be set up like the HST.  The simpler the better.

In addition to cap and trade, Ontario can add a carbon tax on gasoline like British Colombia’s.

This time, enrollment should be accelerated, and phased in quickly.  The reporting threshold should be lowered from the proposed 25,000 to the original 10,000 metric tonnes of greenhouse gas emissions. This time, the imperative isn’t the high price of oil, but the high price of climate change on infrastructure, productivity, insurance, and other costs. Climate change is already underway. We don’t have the luxury of time.

Funds generated should be allocated to projects to reduce greenhouse gas emission, like protecting and planting native trees, and expanding public transit.
Am I optimistic this time cap and trade will be adopted?  Yes.
We’re in the 21st century. It’s time to conserve energy.