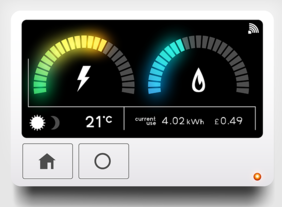 It has been very challenging living through the COVID19 pandemic for the last 16 months as virtually everything and everybody have been disrupted by this major lasting event that puts the resumption of the old status quo into question. Maybe this is a good thing. The added weight of the pandemic on the economic, social, and environmental problems that were already strained or broken before the pandemic were simply an accident waiting to happen. These breakdowns became more visible during the pandemic, and could no longer be ignored, especially since these infrastructures support our society. But, like Winston Churchill said, “a good crisis should never be wasted”. A good example is the Great North America blackout of 2003 when the electrification infrastructure broke down in Ohio from an amplified everyday occurrence that exploded internationally in scope. Here are the similarities, and the opportunities to be gained.

What Caused the Great North American Blackout of 2003?

Forensically, the cause of the blackout was overgrown trees in Ohio that came into contact with a power line that triggered a series of problems that cascaded into a chain reaction of outages. In other words, FirstEnergy Corporation previously had implemented cost savings measures by cutting back on tree maintenance. Cost cutting measures are like the Janga game where a player removes a block at a time from the structure until it collapses. It’s also a life lesson as the last player to remove a block prior to the collapse is declared the winner.

It is common practice to find cost-savings in maintenance as it is often viewed as an over-rated expensive cost. This is true until the whole system breaks down, and then it is far more costly than the maintenance costs, but more importantly, when it happens, it will be someone else’s problem. Reduced maintenance and increased demand on the system are the real causes of an infrastructure’s breakdown, and these need to be addressed. Not a few overgrown trees.

How is the 2003 Blackout Similar to the Pandemic?

Breakdowns are not unexpected. The timing is. When power was restored, informal and formal debriefing took place post-blackout. The common experience opened up discussions on quick fixes, but most importantly, on identifying long term problems and solutions like adding more flexible sources of energy generation from renewables to the energy mix. The Blackout was the thin edge of the wedge that opened the door to renewable energies. Prior to the blackout, energy was a monopoly smug with the status quo. There was a lot of internal resistance to renewable energies because it was too much trouble to change old ways.

The thin edge of the wedge also opened the door to replacing old meters with the more accurate smart meters. The smart meter also had a two-way communication that provided more data, faster. It could also record electricity generation on-site from small independent renewable energy producers. An unexpected change was that it modernized the electricity distribution companies’ internal operations culture from working as silos to being integrated.

Since 2003, there have been other power outages but they have been better contained as the old infrastructure has been made more resilient, but it is still old. Other infrastructures need to follow electrification's lead by being smarter and decentralized so that they are resilient to the extreme weather events from the climate crisis that will strain, and may break them. What is clear is that the centralized model does not work anymore.

What Needs to be Done Post-Pandemic?

The pandemic can be seen as a vector of a rapidly changing climate that is now a climate crisis. Experts in the healthcare services have issued warnings for a long time about the likelihood of pandemics. The worry is if there are pandemics occurring in sequence, or simultaneously. We know that it‘ s coming, but are we prepared? No.

An example of a service infrastructure that improved after being decentralized and redesigned was the federal government’s administrative services. All of them used to be located in Ottawa, the capital, but a change was made in the 1970’s when new offices were built across the river in Hull, Quebec. It worked so well that the principle expanded to other cities across Canada where jobs were needed, real estate was lower, and the cost of living was much lower. Another example are the additional users on the roads that the pandemic made possible. In the cities like Toronto, a lane in both directions were diverted from cars to bicycle lanes and patio space for restaurants. These changes were impossible during “normal times” when it was the rule of the car, but the pandemic made it possible for the transportation infrastructures to be shared with other users. This was fantastic!

The pandemic has brought to the forefront many issues that had been previously ignored during normal times, and for that, we should be grateful because it is the impetus that we needed to move forward in a new positive direction. We cannot waste this opportunity.

“Acting with the Triple Bottom Line in Mind”