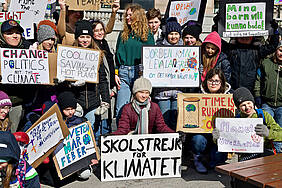 In just a few months, Greta Thunberg had catapulted herself and her environmental cause on to the world stage, but she is not the first sixteen-year-old teenager to have ardently defended the environment. What is different about Greta is that she had already figured out that the climate crisis cannot be stopped by individual action alone, and that what is needed urgently is radical government action, without which her future holds no promise. That she hails from Sweden, a country known for being as predictable as IKEA and the Volvo car, also sets her apart when she has fearlessly and pointedly chastised world leaders for their inaction. But, is her de facto leadership enough to galvanize governments to act this time on the climate crisis?   The answer is a cautious “yes”.  Here are the reasons why.

Environmental awareness has flowed and ebbed over the last fifty years as the threat of climate change seemed to be more manageable than catastrophic. What is new this time is that a child from an average background has connected the dots between herself, parents, businesses, and governments, and how they all affect the health of the planet, and consequently her own future.

That at sixteen Greta sees no hope in her future also points to the possibility of a revolution, which is often started by individuals who have no future, and nothing to lose. This should be worrisome for parents and governments because she has been joined by millions of people from around the world, both young and old, who have marched with her demanding climate action from governments.  For many, this was their first march.

Yes. In Canada, we just had a federal election where more than 63% of Canadians voted for parties that had a substantive climate action plan. The only party that had no climate action plan and promised to cancel the federal carbon tax if elected was the Conservative Party. This cannot be ignored, so it is expected that the re- elected Liberal minority government will move to strengthen its existing timid climate action plan.

During the election, it became clear that voters, parents, politicians, and government employees recognize that climate change is now a climate crisis, and that the social, environmental, and economic costs will rise if no mitigating action is taken now. First responders such as police officers, firefighters, doctors, nurses, etc. are very worried about their inability to handle climate crisis events, and voiced their concern during the election.

From the news, it is clear that the climate crisis is not an isolated event, but is happening around the world -- whether it is the pernicious wildfires around Sydney, Australia or the frequent flooding of Venice, Italy.  Governments around the world are facing significant unbudgeted costs to deal with evacuations, damaged infrastructures, irreparable homes, and lost productivity since people are not working at their jobs during these events. Food production and drinking water are also detrimentally affected by extreme weather events.

Provincially, after the election there was some climate action. The province of New Brunswick, which was one of the provinces challenging the federal carbon tax in court, announced it was rescinding its challenge, and is implementing its own provincial carbon tax that would meet the federal standard.  Also, the province of Nova Scotia, which is often badly battered by more frequent hurricane remnants and winter storms, declared it would be implementing a more aggressive greenhouse gas emissions target in its cap and trade program to 58% of its 2005 emissions by 2030.

Students are leading the climate action in other ways, too. Recently, I received an invitation to participate in a newly created local climate emergency panel that is being organized by the public school grade eight students.  This means that youths younger than sixteen years old are concerned about their future, and are enrolling parents and teachers into climate action.

Are these enough reasons to be hopeful that this time the climate action is for real?  Yes.