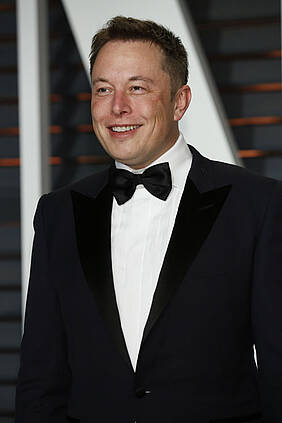 Although climate change is now a climate crisis, there are beacons of hope that human ingenuity can avert the impending catastrophe, one of them being Tesla, the electric car manufacturer. Tesla has single-handedly turned the century- old auto industry on its head so that now the major players are embracing electric vehicles. How did this happen?  Can others be inspired to follow suit?  The answers are yes, but how quickly?

It helps that Tesla’s co-founder, Elon Musk, is a billionaire.  Having enough funds to support the cash-draining start-up phase is vitally important, but also having the credibility for investors during the growth stages is critical for cash flow and product development. But, being a billionaire isn’t enough to make a difference as there are plenty of other billionaires, and they haven’t turned their companies into beacons of hope. So, why is Mr. Musk different?

Mr. Musk also has the necessary character. As someone who founded an innovative small wind turbine company with limited success, I can appreciate his accomplishments.  He would have seen the limitations of the status quo, seen a solution, and was up for the challenge, but it’s not for the faint of heart.

He would have to be committed to his vision in face of adversity and nay-sayers; and he would have to get his hands dirty with the details to overcome the development challenges to the point where he would know the ins and outs of his car.  And then, once he had accomplished that, he would have found out that his car needed a support system, which didn’t exist, and if he didn’t take on that challenge, the most critical being the supercharge stations, his car would die, and he couldn’t let that happen.

Nay-sayers are particularly draining on a game-changer like Mr. Musk.  The constant barrage of negativity from people who adhere to the status quo like glue, and who quash creativity and innovation to protect their own turfs takes a herculean effort to withstand.  Then, there is the powerful force of inertia that supports the status quo.

It’s not like the electric car is new. Ford and GM have made and retracted electric cars several times over the last century. When I visited the Ford mansion in Detroit, I was surprised to see that Edsel Ford’s wife, Eleanor, who was an exceptional modern renaissance woman, only drove an electric Ford car.  Her car is housed in a place of honour on the estate.  Surprisingly, at the turn of the last century, women embraced the electric car, and were driving adventurously across the United States.  If electric cars are not new, then why was the status quo threatened by Tesla?

Jobs, but existing jobs.  Until the early 2000’s, the backbone of any rich economy was the automobile industry based on the engine.  The engine is complicated, expensive, and has employed thousands directly and indirectly.  The majority of the labour is unskilled, or trades without a large investment in post-secondary education. Electric cars, on the other hand, have no engines, ergo, the thinking was that it would create far fewer jobs, but also existing jobs would be lost. But, this is not completely true.

Yes, there has been a rapid job loss in the traditional automobile industry since the 2008 recession, but that has been from lower-wage competition, and robots, whereas Tesla is hiring mostly post-secondary grads.  An electric car today is essentially a computer on wheels.

As of 2018, Tesla has 48,000 employees that are mostly tech-savvy.  It is the dream job for most graduating engineers.  Why?  Since Tesla is creating its own vehicles, infrastructures, and practices as it grows, there are ample opportunities to contribute and innovate, which make it a very exciting workplace for new grads.

This is why Mr. Musk himself is important because as CEO, he creates the culture at his company for others to follow suit.  To transform a company, or an industry, the change is led from the top down.  So, it came as no surprise that the conventional auto manufacturers’ CEOs recently announced they are following Mr. Musk’s lead by converting their own vehicles to one hundred percent electric by 2022, according to Alix Partners, at a cost of $255 billion.

If this kind of quick transformation were to happen with our governments, businesses, and community leaders, then it is possible to avert the looming climate crisis, but we have to hurry.