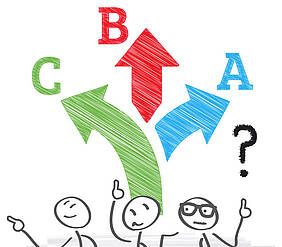 There is a lot of confusion between cap and trade and a carbon tax. More governments are implementing one or the other to reduce greenhouse gas emissions to mitigate the cost of severe weather events as doing nothing about climate change is becoming unaffordable. This blog explains their differences, and why cap and trade is the better option – hands down.

Greenhouse gas (GHG) emissions are the major cause of rising temperatures which is disrupting the planet's climate. Melting Arctic and Antarctic ice covers, rising sea levels, violent hurricanes, extended deluges, floodings, droughts, and massive wildfires are destroying properties and infrastructures, which also disrupts economic activity. The unexpected costs of one or two severe weather events in a year are no longer a rare act of God, and they severely gouge everybody's budget. Experts say these costs will increase because the trend is getting worse. In other words, it is becoming too costly for governments to do nothing and to deal with these events when they occur from their existing budgets. Alternatively, governments can do something to reduce their emissions of GHGs, and also have a new source of revenue to deal with these events –-no matter how unpopular or imperfect it is to implement a new plan.

The major sources of GHGs are transportation, buildings, and industries. To reduce them, most governments are looking at implementing a carbon tax (CT), or cap and trade (C&T).

What is the difference?

They are quite different, and they should not be described interchangeably. A carbon tax (CT) is a tax that based upon the price of carbon emissions per metric tonne and added primarily to the unit of fuel sold at the pump, and also to heating fuel, propane, and coal (there are exemptions). British Columbia has had a CAD$30 carbon tax since 2008. In April 2018, B.C. increased the carbon price per tonne to $35, which is a $0.0778/litre ($0.294/US gal) tax. If you don't drive a car, you're not taxed. Simple to implement, the carbon tax goes into the Ministry of Finance's general revenues, and the government chooses how to spend it. British Columbia chose to use it to reduce income tax.

Cap and trade (C&T), on the other hand, is not a tax. It is an economic policy that involves the government, and all participants that emits GHGs, which are the mandatory and voluntary participants. For C&T to work, it is important to have the support of multi-national businesses so that they don't transfer their operations to other plants. That is why Ontario facilities and industries were given free allowances and a cap that reduces a small amount of 4.57% per year to ease the transition during the first compliance period.

What C&T does is shift the economy towards a low carbon energy foundation that caps and reduces GHGs from all sources by using a market system. The government sets the target for the reduction of GHGs for the compliance period, and the market does the rest. The carbon market rewards reducing capped emitters who emit below their target with an extra stream of revenue, and charges more to emitters who exceed their cap. The price of carbon is set by the participants in the market, not the government. Importantly, when C&T is successfully implemented, it brings about a new cultural and economic shift that does brings prosperity.

Ontario's C&T charge that is added to the fuel pump, and winter heating is not a tax collected by the Ministry of Finance but is collected by the Ministry of the Environment and Climate Change (Ontario's newly elected conservative government has removed the Ministry's commitment to climate change with a name change, and other draconian actions). The companies that collect the C&T charge added to their customers' oil, gasoline, and heating bills then use the money to purchase the GHG allowances at auction. These companies essentially act like a bank. Ontario's electricity consumers are not charged C&T because the electricity is not coal generated and the mix does not generate GHGs. The revenue from the C&T charges is used by the government specifically to mitigate the effects of climate change.

How effective is C&T versus CT at reducing GHG emissions?

They both remove GHGs, but C&T is more effective than a CT because they are reduced from all major sources of emissions, and not just one. British Columbia has lowered its GHGs by 5% to 15% since 2007. In contrast, in a shorter period of time, California and Quebec both exceeded their target GHG reductions with C&T, and so did Ontario.

In 2012, when Quebec implemented its C&T, it surpassed its GHG target of a 6% reduction from its 1990 level by an additional 2%. Ontario's C&T reported that in 6 auctions, it reduced its GHGs for current and future years by 144,273,733 and 12,282,823 metric tonnes respectively. These numbers are accurate and up-to-date. This means a total of 157 million metric tonnes of GHGs were removed from the Ontario economy in 18 months. If the reducing cap participants were included, the total reduction in GHG for Ontario would be closer to 160 million metric tonnes. These are significant improvements to the planet's health.

Capped emitters in C&T must report their emissions yearly, which are also more accurate than a CT. This regulated transparency and accountability also improves the government's standing with long-term investors, especially for green bonds.

Since C&T has a broader base, revenues generated are in the billions of dollars in a short period of time. This allows the province to work with the municipal governments to implement climate change mitigation solutions where the majority of people live, thereby bringing about the biggest GHGs reduction quickly.

Ontario had the money to provide generous incentives to get things moving by replacing old energy hogs for businesses and consumers. Industries could reduce their operating costs and improve their profits by replacing old equipment earlier than planned with better, smaller, and more efficient ones that use 75% less energy. Similar generous incentives were available for consumers to reduce their heating usage with new furnaces, windows, thermostats, and also generous incentives to replace their fossil fuel vehicles with electric cars, and chargers. Through C&T, energy retrofits were done at schools, universities, and hospitals to further reduce GHGs. There was money for bigger expenditures such as green infrastructures for mass transit, cyclists, and pedestrians, along with tree-planting initiatives, and changes to the building codes to further reduce GHGs.

Is a CT or C&T bad for the economy?

No. British Columbia has had a $30 carbon tax on fuel at the pump since 2008, and its economy has grown 17% from 2007 to 2015. Quebec, on the other hand, has completely turned its fortunes around since implementing C&T in 2012. Most recently, it has had the strongest provincial economy in the last two years, largely because of C&T. In 2012, the same year that Quebec surpassed its GHG target of a 6% reduction from its 1990 level by 2%, its GDP increased by an impressive 54%. Quebec effectively debunked the myth that economic growth is tied to higher GHGs. Quebec became linked with California's carbon market in 2014, thereby further decreasing GHGs. C&T has a bigger and broader positive impact on the economy than a CT.

With C&T, Ontario was on its way to keeping pace with Quebec and had created more than 130,000 new highly skilled jobs. Toronto and the vicinity were retaining and attracting many new companies that liked the expanding public transit system, and high-speed rail. This was possible because the province had the billions of dollars of new money to invest in these new modern infrastructures. The 6 quarterly emissions allowances auctions generated $2.9 billion for the previous Ontario government. Unfortunately, the current government has stopped this expanding economy and new source of revenue for political reasons.

Is a CT or the C&T bad for business?

No. Neither one is bad for business. In fact, businesses have a lot to gain from a CT or C&T, but the gain is larger from a C&T.

What about higher electricity prices?

Ontario has had rising electricity prices over the last 10 years – not because of the introduction of renewables in their supply mix, but because of the nuclear refurbishments that cost more than $20 billion. When looking at the data, renewables were insignificant, but their introduction happened to coincide with the nuclear refurbishments. Due to the complexities of generating and operating the electrification infrastructure, it is easy for politicians to use the visible renewables as a lightning rod. As a result, although there was no C&T charge for electricity consumption, the previous government gave businesses and consumers substantial rebates from C&T on appliances and other solutions to reduce their electricity consumption and bills for political reasons.

Is a CT or the C&T bad for consumers?

No, they are not bad. Yes, consumers will be charged more, but they will consume less because of the new technologies, which means their bills will be the same, but more likely less than before these measures were introduced. In British Columbia, the fuel consumption dropped by 15% since 2007, but consumers had alternative transportation available such as public transit, bicycles, and walking so there was no citizen outrage. Plus, taxpayers benefited from a reduction in income tax. In Ontario, consumers benefited from the many incentives provided by C&T to lower their GHGs by adopting new technologies that lowered their energy costs, were better products, and created new jobs.

What about having neither a CT or C&T?

The insurance industry is a good barometer for the costs associated with climate change. It was the first industry to raise the alarm in the early 2000s. When a small localized deluge occurred this past August in downtown Toronto, it cost more than $60 million in insurance claims. This is just a microcosm of the rising cost of climate change if nothing is done. More insurance companies are excluding coverage for severe weather events as they are no longer random “acts of God”, thus leaving more people and businesses exposed to greater risk from climate change.

It is clear that the status quo of doing nothing leads to a dead-end for a freight train. The outcome is not good for anybody. Alternatively, C&T is better than a CT at achieving a comprehensive economic policy that meets the needs of governments, businesses, and consumers and also helps the planet quickly by targeting all sources of GHGs. Without a healthy planet, all the other important things become irrelevant.