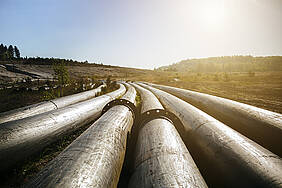 Kinder Morgan, a publicly-traded company known for its controversial Trans Mountain Expansion pipeline through British Columbia, recently made another news headline:  Shareholders voting against the Board of Directors' recommendation to reject a shareholder's resolution to adopt GRIS reporting guidelines for its environmental, social, and governance practices.  How did this shareholders revolt happen?

The Board's reason for its recommended rejection was that the Global Reporting Initiative Sustainability (GRIS) Reporting Guidelines would cost Kinder Morgan millions of dollars. But, was this true?

One of Kinder Morgan's major investors with a holding of about US$77 million is the New York State Common Retirement Fund. It is the third largest public pension plan in the United States with approximately $209 billion in assets. For the past 5 years, the retirement fund has consistently submitted a resolution requesting a comprehensive corporate disclosure on environmental, social, and governance practices (ESG) in accordance with GRIS reporting guidelines because these "issues can pose significant risk to business, and without proper disclosure, stakeholders and analysts cannot ascertain whether the company is managing its ESG exposure."

For the past 5 years, the Kinder Morgan Board of Directors has consistently recommended that its shareholders reject this shareholder's resolution at its annual general meeting (AGM) on the grounds that the GRIS reporting standard would cost millions of dollars. For the last 4 years, shareholders followed the Board's directive and rejected the resolution until now, when at the most recent AGM, the majority of shareholders voted against the Board's recommendation. The Board acknowledged the majority vote, but said it was non-binding, which is very unusual; however, it would "carefully consider" its options.

Dovetailing the Canadian acts of civil disobedience and court delays to the environmentally controversial pipeline expansion is the not easily ignored "responsible investment" movement by Wall Street money managers who see strategic value in having ESG information available to shareholders. What tipped the Kinder Morgan shareholders to finally adopt the repetitive resolution was that this year, the resolution was backed by the influential proxy advisory firm, Institutional Shareholder Services, which provides independent investor analysis.

About a week after the AGM, the ESG report has been newly added to Kinder Morgan's KMI symbol listed on the New York Stock Exchange with the requested data. Either the millions of dollars and reporting commitments were no obstacle on short notice, or for years the Board was disingenuous to its shareholders.

What is quickly changing the investment landscape is that shareholders, especially long term investors such as pension funds, are demanding information on environmental, social, and governance considerations so that they can have a comprehensive risk assessment picture of the company. Given the large amounts of monies that pension funds are responsible for, and the time horizon for their investments, this is prudent. The shift in investors' thinking is trickling down to smaller investors so that the provision of comprehensive environmental, social, and governance information is fast becoming accepted practice.

All investors will soon be more informed about a company's exposure to negative externalities – those unforeseen single events that can wipe out years of profitability and make an informed choice when investing in that company.

For Kinder Morgan like-minded companies that are still not providing ESG information, they should be prepared for their own impending shareholders' revolt.