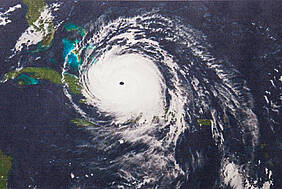 September 2017 will be remembered as the costliest, most devastating, and the most terrifying natural disaster month in North America. So many hurricanes, and earthquakes were happening sequentially, and concurrently. This is the now the new normal.

It started with Category 4 Hurricane Harvey making landfall in Texas on August 28th. Harvey brought so much rain that scientists measured a 2 cm, or ¾” depression in the Earth’s crust from the weight of 33 trillion gallons (about 125 trillion litres) of water! To give a sense of perspective, the Guajataca dam in Puerto Rico hold 37,000 megalitres, or almost 10 trillion gallons. The devastation prompted President Trump to declare a state of emergency to release federal aid. At the time, FEMA (Federal Emergency Management Agency) expected 450,000 applications for assistance that would push the agency to almost run out of money.

The recovery cost for rebuilding damaged infrastructure and buildings from Harvey is estimated at US$180B. This is more than ten times the federal aid’s contribution of $15B. These costs do not take into account health, wellbeing, and productivity losses, or environmental damages which are much more difficult to quantify, and are longer term. These costs did not start when Harvey hit Texas, but in advance when everyone was forced to prepare for the onslaught.

While President Trump was signing the cheque for Texas, the governor of Florida was waiting in the wings to get Florida declared a state of emergency in advance of Category 5 Hurricane Irma, the biggest hurricane ever recorded. They knew what was coming from watching Irma’s devastating power being unleashed in the Caribbean. The islands in her path were almost completely destroyed. They were left looking like a war zone.

The Florida government evacuated 6.3 million people from the Miami region, the anticipated landfall, but Irma changed course and landed on the Gulf side. Due to Irma’s size, and power, all of Florida was devastated in varying degrees. The cost is still being tallied.

What was newsworthy was that Irma was being closely followed by two other hurricanes in her path: Katia, which made landfall in eastern Mexico as it was reeling from the earthquakes; and Jose, which weakened as it veered north. But, it was Hurricane Maria that followed them that delivered the one-two punch.

Maria was in the same path as Irma, causing terror in island residents already ravaged by Irma, and awaiting more from Maria. The damage experienced by the islands in the Caribbean was highlighted by the news coverage of Puerto Rico. In Maria’s wake, Puerto Rico (the entire island) was without power! 100% black-out. Within a couple days, residents ran out of drinking water, and food. Without electricity, there is no banking, communication, fuel, etc. To make matters worse, Maria severely weakened the Guajataca dam, overflowing from torrential rains, which looks like it is collapsing. This would cause major flooding, and destruction on the island, rivalling the damage in Texas caused by Hurricane Harvey.

Governments, generally, are ill-prepared to deal with natural disasters before, and after the event. When natural disasters come in quick succession, there is no recovery. The unbudgeted costs will be in the trillions of dollars, and will throw out of whack any budget. These costs will take a long time to be recovered by future profit. Natural disasters such as these used to be called “Acts of God”. Now, they are the new normal.

And Maria? After Puerto Rico, she veered out into the Atlantic, and had a date with Hurricane Lee. Together, they hit the United Kingdom, which felt her wrath the week-end of October 6th.