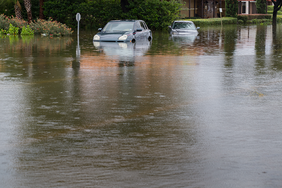 Canadian business leaders, normally a stodgy lot, recognize that climate change has to be addressed, and see the opportunities available in the low-carbon economy. In exchange, they are demanding changes from the federal government to remain competitive. This is welcome news.

In July, the Canadian Chamber of Commerce (CCC) wrote to the Trudeau government that businesses are willing to do their part in addressing climate change, but in exchange they want relief elsewhere, such as lower taxes, and reduced government administration.  They also stipulated that monies collected for climate change not be lost in general revenues, but spent specifically for this purpose, along with increased government funding for programs that encourage business initiatives and innovations that provide solutions to climate change.

These are not unreasonable demands, but why are Canadian business leaders on board now?

Although the CCC stated in the letter it has supported a carbon price since 2011, this has been a little-known fact since Canadian businesses have remained largely silent on the issue. At the time in 2011, the CCC may have seen this as a trade advantage with the European Union’s stricter environmental standards.  Their support was relatively easy to give because they knew that new, complicated, and politically charged government policies such as a carbon price would take years to implement, if ever.

The impetus for the CCC to come on board, and list their conditions is Prime Minister Trudeau.  Unlike his predecessor, he has stated his government’s position is to address climate change, starting with the Paris Climate Accord.  Also, he has shown he gets the job done when he makes an announcement.  So, when he announced his government’s plan to implement a carbon tax if the provinces were not going to implement their own carbon programs, the best position for business leaders was to participate in the discussion.

Over the last five years, government, and business budgets have been disrupted by wildfires, floods, broken infrastructures, and other environmental events that are not conducive to a healthy business environment.  Climate change means extreme weather events.  They are happening more frequently, and they’re happening now -- not in 2050. Witness Hurricane Harvey followed by the biggest hurricane ever recorded, Hurricane Irma, and they were mercilessly followed by Hurricanes Katia, and Jose.  These are happening at the beginning of the hurricane season. The cost of recovery to governments and businesses will be in the trillions of dollars.

Yes, it would have been better had businesses taken an active role in 2011 to implement a low carbon economy, and heeded the dire warnings from Mark Carney, the Governor of the Bank of England and Chairman of the G20's Financial Stability Board, but at least they did not wait until 2050!

What is clear is that there has been a shift in the business community towards accepting the reality of climate change, and it has been almost revolutionary.  The speed of the transformation is so dramatic.  Business leaders have found their traditional belief that to be green is an unaffordable ethical luxury no longer holds water.  Instead, they’ve found that being green saves money, and they’re getting better products.

Businesses will be big players in the other part of the low carbon economy: the circular economy. As governments will make businesses take back their products destined for landfill, there will be opportunities to redesign products and practices that use less energy (heat, electricity, water, and waste) from the outset.

This is a good news story.