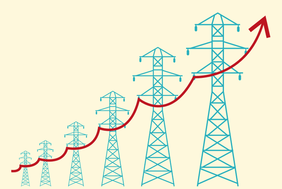 Politicians and journalists still state emphatically that the rising price of electricity is caused by high feed-in-tariff rates paid to renewable energy producers such as solar and wind, even though this is not the case.

The culprit for rising electricity costs in Ontario is the IESO’s (Independent Electricity System Operator) “Global Adjustment Charge” (GAC) applied to electricity consumers’ bills. It’s the differences between the market price, and the rates paid to regulated and contracted generators, t the cost of conservation and demand management programs, and also the refurbishment of nuclear reactors. These last two are non-rate items, and one of them cost billions of dollars.

The market price for electricity is reported daily for the month. For example, the IESO’s monthly report for July 2016 shows the daily market price was fairly stable except for the one day spike that skewed the average by 2,299%. The July high HOEP (Hourly Ontario Energy Price) market price for electricity was $0.538/kWh, compared to an average market price of $0.0234/kWh for the month.  The $538.33/MWh was paid on July 13th, which corresponds to a “heat warning” day reported by Environment Canada. Not exceptionally hot, and not rated as an “extreme heat” day by Environment Canada, yet, July 13th had a rocket spike in demand that can trigger widespread power outages.

The IESO has a few minutes to prevent power outages when spikes in demand occur.  Steep rises like this are a challenge.  What is obvious from the report is that the biggest threat to the electrification system is the air conditioner, not manufacturing. The IESO can prepare for anticipated spikes in demand by watching Environment Canada forecasts; however, even then it’s a guessing game to figure out what the actual demand will be, and the market rate can be stratospheric on a hot, but not extremely hot day.

The IESO team recognizes the correlation between high temperatures and electricity demand, and they’ve included temperature graphs in the monthly report. The correlation is evident.  With climate change, we can predict with confidence air conditioning demand spikes will occur more frequently, and be higher as temperatures rise.

The IESO handles demand spikes that can cause widespread power outages by having a high baseload generated by nuclear.

All IESO contracted generators are included in the GAC.  They are nuclear, gas-fired, hydro, and renewables (wind farms, solar, biomass, and landfill).  What is the majority of the GAC for? Nuclear.  Nuclear rate contracts, and the refurbishment of nuclear reactors.

Nuclear is the baseload that runs at, or near capacity 24 hours a day to meet basic electricity demand. In 2015, Ontario’s supply mix was 60% nuclear.  The majority of contracts are with nuclear generators.  In addition, the GAC also includes refurbishment of the reactors. Ontario has 20 nuclear reactors, 18 are operational.  Mostly built in the 1970’s a few of the nuclear reactors now are undergoing expensive refurbishments in the billions of dollars.

The GAC portion for nuclear for the past 12 months in July was about $6.7 Billion.  Given the nuclear industry’s history of cost over-runs, and that the other nuclear reactors will also need billions of dollars in refurbishment in the near future, this item will increase.

Should renewables be included in the GAC?  Sure, but they should be itemized separately since the existing information gets distorted.

Contracts for renewables are also treated differently than traditional generators (nuclear, hydro-electric, and natural gas). Renewables are paid for the generated electricity that is fed into the grid (feed-in-tariff, or FIT).  In addition, the FIT rates are reduced yearly.  Remember the $0.82/kwh paid for 10kW and under solar rooftop installations when the FIT program was implemented with the Green Energy Act? Today, the FIT rate for this type of installation is $0.384/kWh, and will continue to decrease.  Not newsworthy, but significant.

Another significant difference is that renewables do not receive subsidies for their equipment or installation, unlike traditional generators.  For example, the nuclear reactors were paid by the former Ontario Hydro in the 1970’s and 1980’s at a cost of over $40 billion. Under the Progressive Conservative government of Mike Harris, part of that stranded debt, $20.9 B, was billed to captive electricity consumers starting in 1999 as the “debt retirement charge”.  One of the important legacies of the Green Energy Act is greater transparency in the electrification system, otherwise this type of information would not be available.

Renewables’ impact on the GAC is roughly 7% since they comprise about 7% of Ontario’s energy supply mix. Hardly newsworthy.

The remainder components of the GAC are the conservation and demand management programs. Mostly rebates of a few dollars for LED lightbulbs to a few hundred dollars for a new air conditioner.  Businesses get more. These programs make a small dent in the GAC.

From reading the IESO report, it is obvious the price of electricity will continue to rise due to an increase in the demand for air conditioning caused by climate change, and the rest of the 20 nuclear reactors that will need billions of dollars in refurbishment.  This is expensive air conditioning.

As it stands now, the GAC no longer meets current needs to provide useful information for the politicians, media, and public. The GAC should separate the contract payments by types of generators (traditional and renewables).  It should also provide a separate item for the cost to refurbish the nuclear reactors. This number will grow as the remainder of the 20 reactors will need to be refurbished, or decommissioned. If there were a cost to refurbish the wind farms, this would be an opportunity to add this item, too.