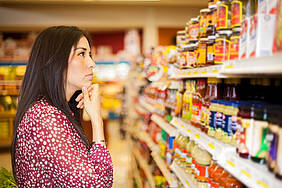 There is a massive change sweeping across businesses these days into being more environmentally responsible in terms of their practices, and products. Yet, are they doing it because they care about the climate crisis?  Or, are they being driven by their consumers, shareholders, or their markets? It is more likely they are doing it for the latter reasons.  Putting aside any cynicism, it is for these reasons that there is a greater chance of businesses successfully changing their corporate cultures, operations, and products which are necessary for them to do their part in averting the looming global climate disaster.  They will do so as long as certain conditions are met.  Here are the reasons why business leaders are listening.

When the world’s elite business and political leaders met at the 2019 World Economic Forum (WEF) in Davos, Switzerland, someone invited an ardent sixteen-year-old Swedish climate activist named Greta Thunberg who was likely seen as a curiosity by the attendees, but over the next twelve months, her passionate plea galvanized ordinary people from all walks of life, all ages, and from all around the world into action to demand their governments act now on the climate crisis.

Although the global business and political leaders in attendance are virtually the same in both years, it would be fair to say that some world leaders heard Greta’s plea. Since 2010, the WEF has been conducting surveys to determine what issues participants consider the biggest global risks facing the world.  For the first time, the surveyed participants in 2020 ranked climate change, or climate-related issues, in the top five spots.  The other change at Davis was that in 2020 Greta was invited as a participant, and not as the token representative of the dispossessed.

In a surprise move, the largest asset manager in the world, BlackRock, recently pledged to divest its investment in fossil fuel.  It is unlikely this announcement was influenced by Extinction Rebellion, the climate activist group, which staged a public shaming event in front of BlackRock’s London office building. It is more likely that BlackRock’s founders knew there is a shift afoot from long-term investor shareholders and pension plans, and that it would no longer be profitable to invest in fossil fuel if the oil reserves were to remain in the ground.  The timing was perfect for BlackRock to announce the transition.

Climate protests have become more common around the world in the last few years, but the difference is that these are a new type of protesters who are the average consumers making the connection between their buying choices as financially supporting, or not supporting those companies that are aligned with their personal position on climate change.  In other words, they are seeing companies part of the climate crisis problem, or solution.

Consumers Are Changing the Market, and Businesses Are Noticing

Vegans may not have been surprised by Beyond Meat’s impressive stock debut and meteoritic rise in 2019, but their meat competitors certainly were, which caused a shift in the food marketplace.  As a result of Beyond Meat’s strong market presence with consumers, in the past six months the meat producers, food chains, and eateries have added plant-based meat substitutes in their offerings in their bid to catch up to this new consumer demand that has suddenly gone mainstream.  Actually, the demand had been there for a while, but the business leaders needed to see the numbers to make the change.

Like scientists, business leaders need the numbers for them to make a dramatic change in corporate direction because they ultimately are accountable to their shareholders, who are actually individual and corporate consumers.  The market provided all the information the business leaders needed to make the change, and much more quickly than if it had been legislated.

What Are the Conditions Necessary for Businesses to Do Their Part?

Business leaders respond best when there is a crisis.  That means they will need continued pressure from consumers for them to see that their consumers’ interest in climate action is not just a fad that will whittle away in a year, or so.  With continued consumer pressure, business leaders who want to survive in the transformed marketplace will respond by changing their corporate culture to adapt to the new reality of being corporate citizens doing their part to mitigate the climate crisis.  And, this is another reason why cap and trade is probably the most effective legislative tool to get us there.