Sharolyn: You have had a long illustrious career in both government and academia.  From what you’ve seen, do they work together or in tandem when it comes to protecting the environment?

Janet: Academia and government have very different roles to play, but they’re equally important. One of government’s primary roles is to develop programs and policies that work to create that economic well-being in the interest of the people. Academia advances the science and knowledge. When I think of my career in government, we called on scientists to give us the underpinning for policies. Working with home grown scientists, there was always a collaborative spirit. 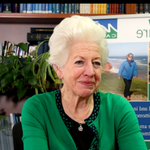 I started in policy development in the Progressive Conservative government of Ontario with Premier Bill Davis in the financial area, then moved federally to foreign affairs, and then worked under the Progressive Conservative government under Prime Minister Brian Mulroney to advance Canada’s position as part of an international climate change agreement. In those days, Environment Canada was really strong. We were working on a Canadian position which had to include both the positions of Canada’s natural resource NGOs and Department and also that of Environment Canada that was fighting for climate change policies. It was very fractious; however, at Geneva, we had a consolidated Canadian position. That was when the international model for cap and trade was discussed and developed.

S: What do you mean that Environment Canada was really strong?

J: It started under Brian Mulroney, and continued under Prime Minister Chretien when we had two very strong cabinet ministers working on climate change, and they were both women! They were Sheila Copps who was at the same time Deputy Prime Minister and Minister of the Environment, and Anne McLennan who was Minister of Natural Resources. 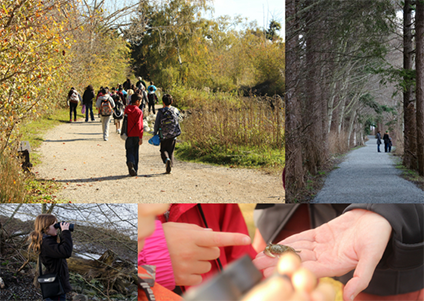 S: It is important to note these capable women were given the chance by a strong leader, Jean Chretien, and they did not disappoint. Up to then, few women were given a chance, but were set up for failure.

J: Yes. These women were pioneers. I also worked with Elizabeth Dowdeswell, the current Lieutenant Governor of Ontario. She is also passionate about the work in which she is involved.

S: How do you define a strong woman?

J: Interesting question. I think you want and need models. Liz reminds me that when we both worked at the provincial level and went to federal provincial meetings, we were the only women there. We were there to do a job.  We stuck together. The women were not strident, contrary to the John Crosby thing. Liz has always wanted to do a good job. For instance, when she was the Canadian representative to the UN Environmental Program in Nairobi, she wanted to make changes, and she did.

S: Why do you think there weren’t, and aren’t more women in a leadership role?

J: One of the first assessments I undertook when I joined the Council of Canadian Academies looked at the factors that influence the career trajectory of women in research and explored why there are not more women at the top in academia. It found there are all kinds of factors that can explain why there aren’t more women in positions of leadership – things like the timing of childbearing years and career choices, but more importantly, women don’t have the same kind of networks as men.  Men use their networks to get ahead. They have time to make connections, which they use so well. Women are busy looking after their home, and kids and if they don’t publish in academia, they perish. Women are so stretched; they don’t have time to network. Research showed this impacted their ability to climb the success ladder.

S: From your experience, has protection of the environment always been the case or were nature and the environment seen as commodities to be sold? If there was a shift, when did it happen.

J: First of all, there were major cross-border events such as the Love Canal in Niagara; and the acid rain agreement involving Canada and the US on our shared Great Lakes. But, there was also the United Nations 1987 Brundtland Commission which coined the term “sustainable development”. This was the notion that development must meet the needs of the present without compromising the ability of future generations to meet their own needs, and that the exploitation of natural resources and protection of the environment did not have to involve the deterioration of economic and social development.

S: You’ve traveled a lot outside of Canada, what does Nature mean to you?

J: I think we Canadians value our environment. I think of Sheila Copps and how she created all the national parks under Prime Minister Chretien. I am so proud of these extraordinary protected lands such as the Gwaii Haanas National Park. I am so happy that for Canada 150 the national parks were free. It was so successful that now they have to limit visitors to some of our most popular national parks such as Banff. We have been very good at preserving our environments. Now, we have to do same for water.  When I come back from Europe or Africa, I know how important fresh water is. Many think the next world war will be a fight for water. Canada does have fresh water, so we are fortunate. 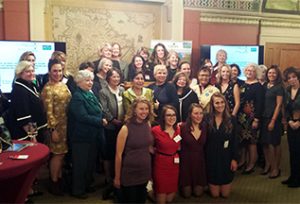 S: What is the value of being a Woman for Nature?

J: It is a wonderful thing to give back, and also saying this is what I stand for. It defines me. The greatest thing about Women for Nature is that we have a common goal of being interested in Nature, preserving it, and ensuring younger women get involved. It has provided such a wonderful network.

S: What do you hope to achieve by being a Woman for Nature?

J: I’ve helped set up the mentorship program for young women. Many of them are so talented and simply need more confidence – to feel empowered in their decisions.  Mentorship is having a person with experience at your side to say, why not try it this way. We’ve only recently launched the program, and hope to see it as a success.

S: How would you describe your experience so far at Women for Nature?

I love Women for Nature! We have to be involved in nature. Even though you’re giving, you’re getting something back.

Watch the below video of Janet talking about Nature Canada’s amazing Women for Nature and their collective voices!